The official way to write applications for Fluence is using Aqua programming language. Aqua compiler emits TypeScript or JavaScript which in turn can be called from a js-based environment. The compiler outputs code for the following entities:

The building block of the application are:

In the next section we see it in action

The main entry point @fluencelabs/fluence is Fluence facade. It provides easy way to start and stop the Fluence Peer. The facade API is enough for the most of the uses cases.

@fluencelabs/fluence package also exports the FluencePeer class. This class implements the Fluence protocol for javascript-based environments. It provides all the necessary features to communicate with Fluence network namely:

Even though the js-based implementation closely resembles node there are some considerable differences to the latter.

FluencePeer does not host services composed of wasm modules. Instead it allows to register service call handlers directly in javascript. The Aqua language compiler creates a typed helpers for that task.

Due to the limitations of browser-based environment FluencePeer cannot be discovered by it's Peer Id on it's own. To overcome this FluencePeer must use an existing node which will act as a relay. When a peer is connected through a relay it is considered to be client. The FluencePeer routes all it's particle through it's relay thus taking advantage of the peer discovery implemented on the node. A particle sent to the connected client must be routed through it's relay.

The js-based peer does not implement the full set of builtin functions due the limitations described previously. E.g there is no built-ins implementation for kad or srv services. However op service is fully implemented. For the full descriptions of implemented built-ins refer to Api reference​ 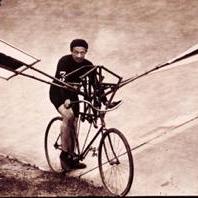